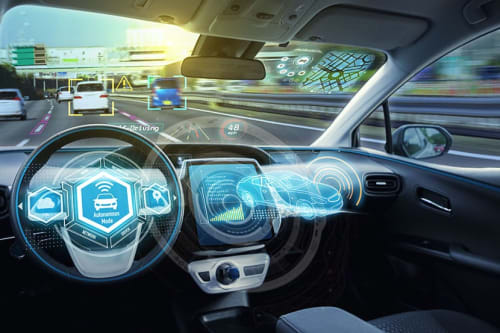 Tint World positioning itself early as a pioneer in autonomous tech

Tint World® CEO Charles Bonfiglio and Paul Pirro, vice president of operations, are both members of the Consumer Technology Association. The group focuses on technological trends for consumers and business owners alike. It’s no surprise one of its main focuses these days is the rise of autonomous and semi-autonomous vehicles.

We are confident we are positioned well in that emerging technology, and it will be one more sector in which we excel. We are already leaders in vehicle technology and stay on top of emerging features like vehicle sensors, heads-up displays and the use of laser technology. Regardless of how technologically advanced driverless vehicles may become in the future, their parts and features will need upgrading and replacement, just like traditional vehicles we service today. We don’t view autonomous vehicles as a threat. We view them as an opportunity.

California this year finalized rules that would allow autonomous vehicles to be operated on state roads. Other states had already allowed driverless vehicles on public roadways with limited restrictions, but California – the country’s most populous state known for its packed freeways and tech innovation – marked a milestone of sorts. The driverless car is well on its way to a driveway near you.

While the concept has been slowly driven into the public consciousness, including those of us at Tint World®, there are lots of questions. Will they be affordable? Will they be safe? When can I buy one? There are more questions than can be answered here, but here are five things to think about:

The bottom line? Self-driving cars are on the way but don’t make any plans to purchase one in the next few years. The technological limitations and cost will likely restrict them to specialized uses and users for years to come. Vehicle tech, however, is bound to advance quickly, and semiautonomous cars will become the norm more quickly. But when fully autonomous vehicles go mainstream, Tint World will be happy to adjust our own technologies to tint their windows, style them and service them. Just point them our way.