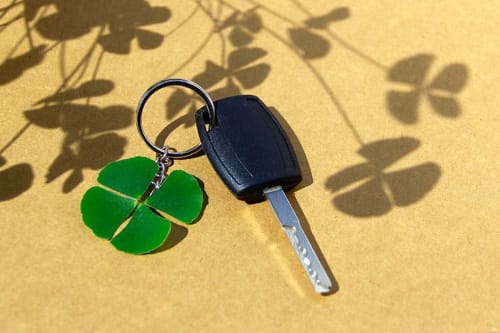 There’s no bigger buzzkill than getting stopped by the cops after you’ve quaffed a few down at the local Irish pub. And there’s no bigger party foul than driving under the influence of drugs or alcohol.

We can make your car as stylish, clean and well-appointed as you want, but what you do with it after a visit to Tint World® is up to you. As a public service message, we urge you to avoid drinking and driving following St. Patrick’s Day festivities on March 17. We don’t want you to crash, for starters, messing up whatever quality work you just paid for us to do. But there are other, much more serious reasons to avoid even the remote chance of a DUI, whether it’s St. Patrick’s Day or not.

Here is just a quick sampling of reasons to call a ride service, have a designated driver, or walk to and from wherever festivities may be:

We all make mistakes, and you may know someone who has already gotten a DUI. They will likely tell you they wish they had walked or hailed a cab or car service.

The costs of a DUI are too immense to risk, and forget about the luck of the Irish on St. Patrick’s Day. That luck can run out quickly, and you’ll never forget the sight of those blue lights behind you.

Be safe. Be smart. Be responsible. Don’t drink and drive.