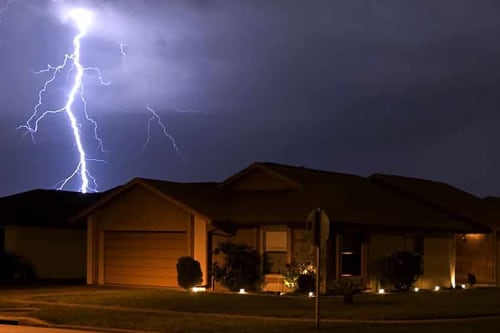 Leading tropical-weather forecasters at Colorado State University have substantially updated their hurricane forecast for 2017, but Tint World® storm-security film can help your home or business better weather any storm that rolls your way.

Researchers in the CSU Department of Atmospheric Science in July predicted a total of 15 named storms in the Atlantic basin. That’s an increase of four named storms since CSU’s initial prediction in April; forecasters say there is a 62-percent chance a major hurricane will strike the U.S. Atlantic coastline by the end of hurricane season.

While a hurricane storm surge and inland flooding from tremendous rainfall is usually the most destructive components of a land-falling hurricane, its winds pack a destructive punch, too. Many injuries, and in some cases, fatalities, are caused by flying glass shards when wind or wind-driven debris punch out a window. Even a “weak” hurricane, by definition, comes with winds of at least 74 mph (and higher gusts).

While your best bet to protect your home is always storm shutters, not all homeowners can afford the expense, or live in an area that makes storm shutters uneconomical.

Our storm-security film, however, is a more cost-effective approach to protecting your windows, home and loved ones.

Its benefits include increased durability to prevent breakage; prevention of shattering windows and dangerous glass shards; and increased protection from storm surge and wind. Should your windows break, you will retain at least a modicum of protection from the elements.

It’s always better to be prepared, especially given the erratic paths and forecasts associated with most hurricanes. As researchers warned in the CSU report:

“Coastal residents are reminded that it only takes one hurricane making landfall to make it an active season for them, and they need to prepare the same for every season, regardless of how much activity is predicted.”

So be prepared. Contact your local Tint World® today for more information about our storm-protection film.